This Tuesday (March 21), we had a TC39 meeting (the committee responsible for evolving the ECMAScript language, the browsers’ programming language) where several JavaScript topics were discussed, including Ecma-402 (the Internationalization API Specification).

Basically we had 4 proposals.

Overall, the Ecma-402 updates took a bigger slot than original planned. It seems it has gained enough traction to actually make TC39 intrigued and asking lots of questions. Allen Wirfs-Brock (former Ecma-262 editor) mentioned TC39 needs to invest more time into understanding about i18n and what Ecma-402 is doing.

By the way, below the terms stage 1, 2, 3, and 4 are mentioned. Find details about that at https://tc39.github.io/process-document/.

Presented by Zibi (Mozilla), this is a new API to allow the creation of localized lists. It’s currently at stage 1 (proposal) and seeks stage 2 (draft). It looks something like this:

TC39 agreed to advanced it to stage 2 (draft) despite some initial confusion about the use cases.

New API to allow simple unit formatting. It’s currently at stage 1 (proposal) and seeks stage 2 (draft). It looks something like this:

Remaining at stage 1 (proposal). The agreement was that it needs more experimentation and exploration. It was specially confusing for the TC39 the relationship between this formatter and others like relativeTimeFormat and Duration (this one by the way isn’t even elaborated).

New API to allow simple relative time formatting. It’s currently at stage 1 (proposal) and seeks stage 2 (draft). It looks something like this:

Update to existing DateTimeFormat. It’s about the addition of preset styles that looks like the below.

Advanced to stage 1 (proposal), which doesn’t necessarily mean the API was in agreement. It was discussed whether to use the current proposal or to follow using a different approach by breaking it down into two explicit steps like the below.

Presented by (Daniel Ehrenberg), It’s currently at stage 2 (draft) and seeking reviewers for stage 3 (candidate). It’s a new API that helps finding localized grapheme, word and sentence breaks (UTS 29) and line breaks (UAX 14). It looks something like this: 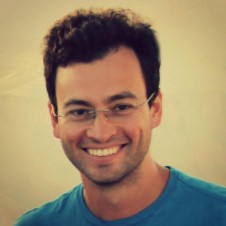